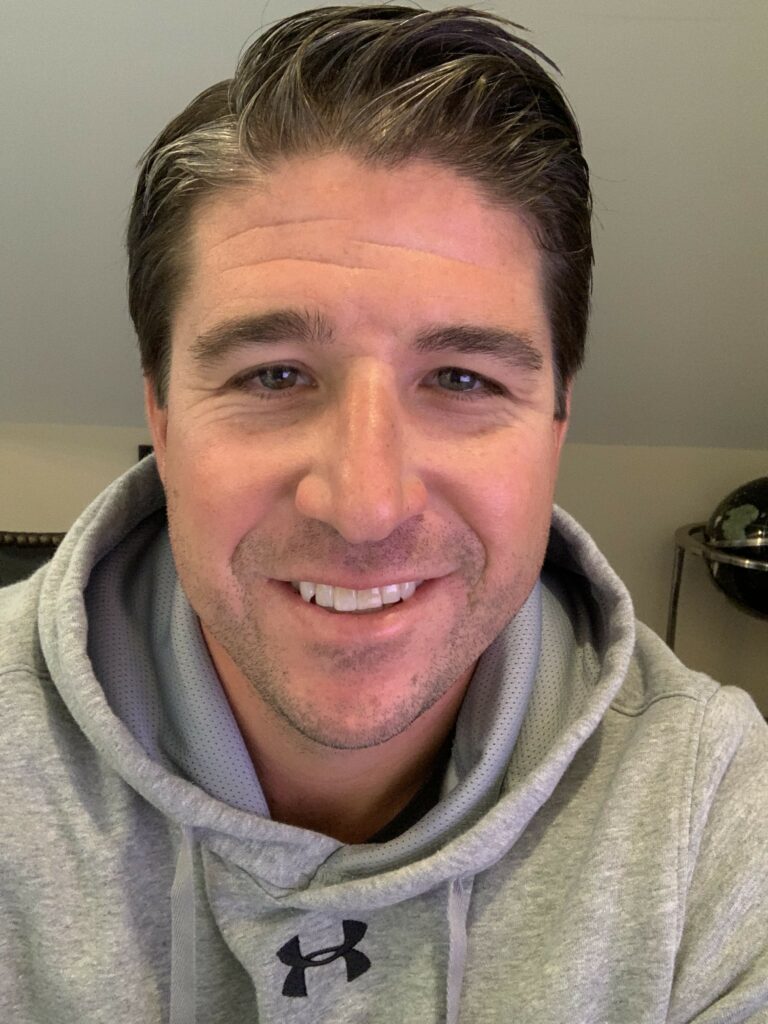 Bill played HS lacrosse @ Half Hollow Hills East HS where he earned All-County honors his senior year.  After High School, Bill attended Nazareth College, he was a member of the 1996 and 1997 national championship teams and was recognized as an All-American both in 1998 and 1999.  In 1999, Bill was selected to compete in the North-South Senior all-star game. After college Bill played in the NLL for the Rochester Knighthawks in 2000 and 2002.  Bill also played in the MLL for both the LI Lizards (2001) and the Rochester Rattlers (2002) winning a World Championship with the Lizards in 2001.  Bill finished his playing career as a member of the New York Athletic Club lacrosse team (2005-2013) during that time the NYAC won 6 club national championships.  In 2017, Bill was inducted to the Nazareth College Sports Hall of Fame. His two sons, Lucas (2028) and Logan (2030) are proud members of the Mooselax Lacrosse Program.

Lacrosse is a special game long in tradition, sportsmanship, and camaraderie.  There are very few programs that are built with these values in mind and focused on developing our boys into respectable hard-working young men.  MooseLax embodies all of these principles..the administration, coaches, families, and players are all participating for the right reasons.  I am honored to be part of this program and have the opportunity to coach these young men.